A 5 or 6 piece professional band - depending on your needs - that can keep the party flowing with our top-notch cover music. 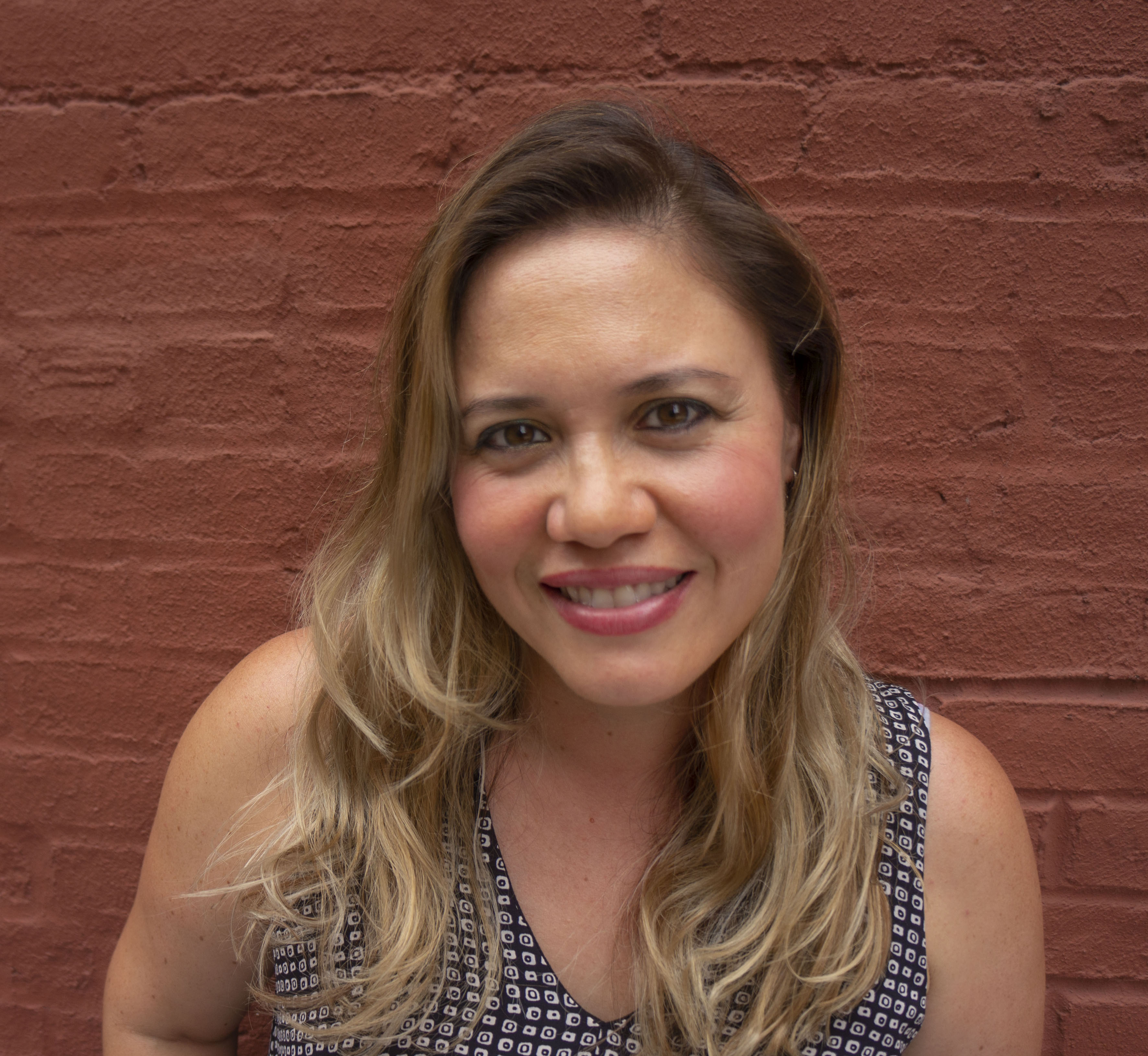 Vocalist/Mirror Ball Creator Jennifer Justice has been performing since she was 5. Her versatility shows with the diversity of music she sings and also infuses with her eye-catching timing, wit and impressive musicianship. International credits include featured singer at several Club Med locations in Asia, Mexico, The Caribbean and the USA (The Maldives, Sandpiper Bay, Ixtapa, Bahamas & Punta Cana), “Tony & Tina’s Wedding” – Fisherman’s Wharf (San Francisco), “Jesus Christ Superstar” – Willows Theatre (San Francisco), and “Dirtysomething” – Living Theatre (NYC). Also an accomplished instrumentalist, she is an rehearsal pianist for children’s musical theatre and ballet classes, along with being a private violin, viola and voice teacher in Beacon. You can read more about her at her website, jane4justice (dot) com. 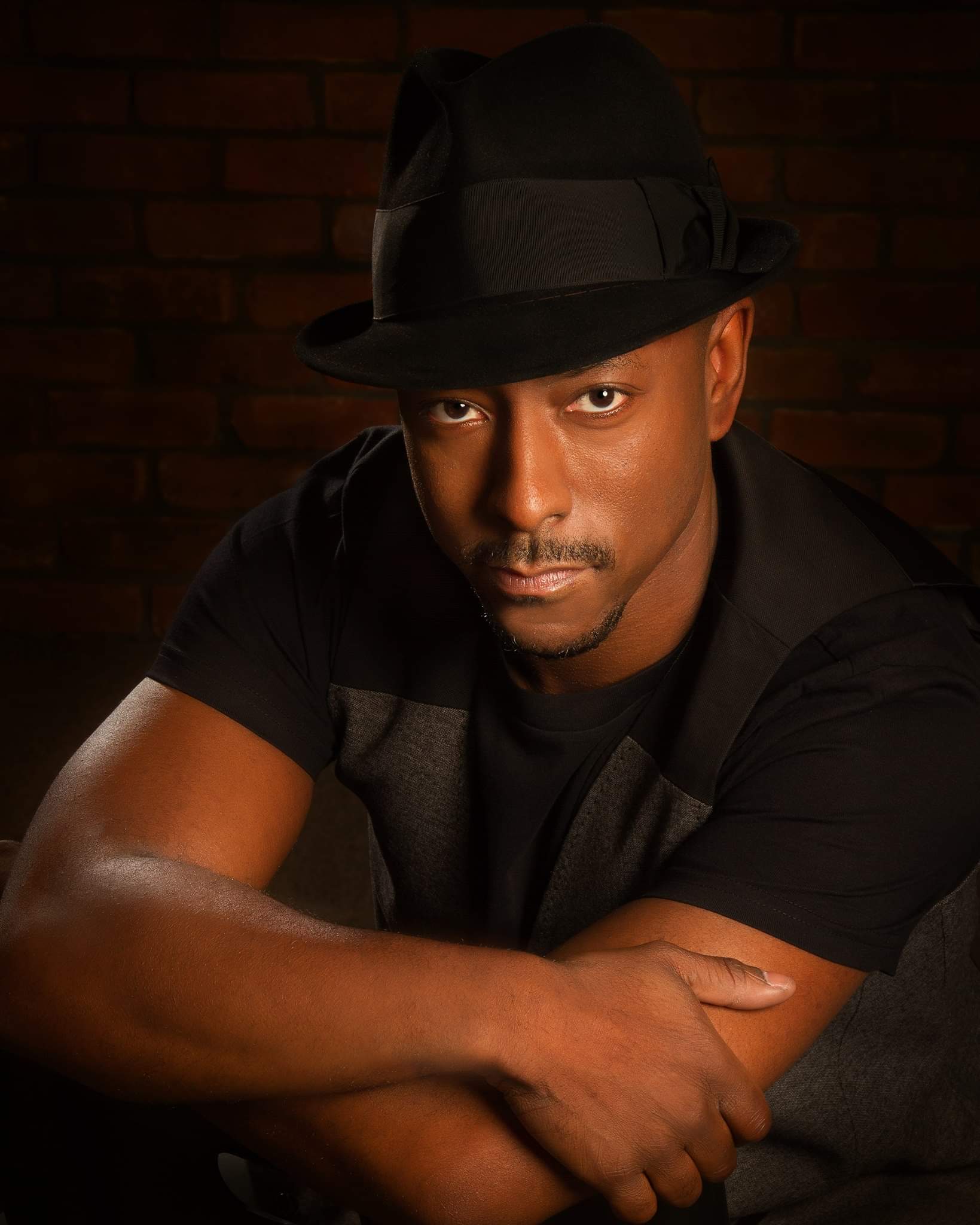 Born, bred, and a proud resident of New York City, vocalist Lawrence Neals is a Drama graduate of the original “Fame” School of Performing Arts, and has performed around the world for over 25 years. Credits include: the title role in Julie Taymor’s (Dir. Broadway’s The Lion King) musical, Juan Darien; Smokey Joe’s Café, Rent, and most recently Freedom’s Song: A New Musical; Vocalist: New York Shakespeare Company, NY Philharmonic Orchestra, Carnegie Hall, Lincoln Center, soloist @NYC’s famous Duplex & Bound for Broadway Cabarets. As a featured entertainer for Carnival Entertainment, Lawrence has been lead vocalist for 5 Inaugural ships and 11 original productions and is proud to be one of the original eight entertainers for Playlist Productions, featured in the original casts of their first 6 productions. He also has wowed audiences with his solo salute to Motown and classic soul with his guest entertainer show “Nightshift: A Legacy of Rock and Soul” featuring classic and modern takes on funk, soul, R&B, and rock music from the last 40 years. He’s also an unashamed geek, sci-fi fanboy and avid cosplayer.
You can read more at his website lawrencenealsentertainer.com. 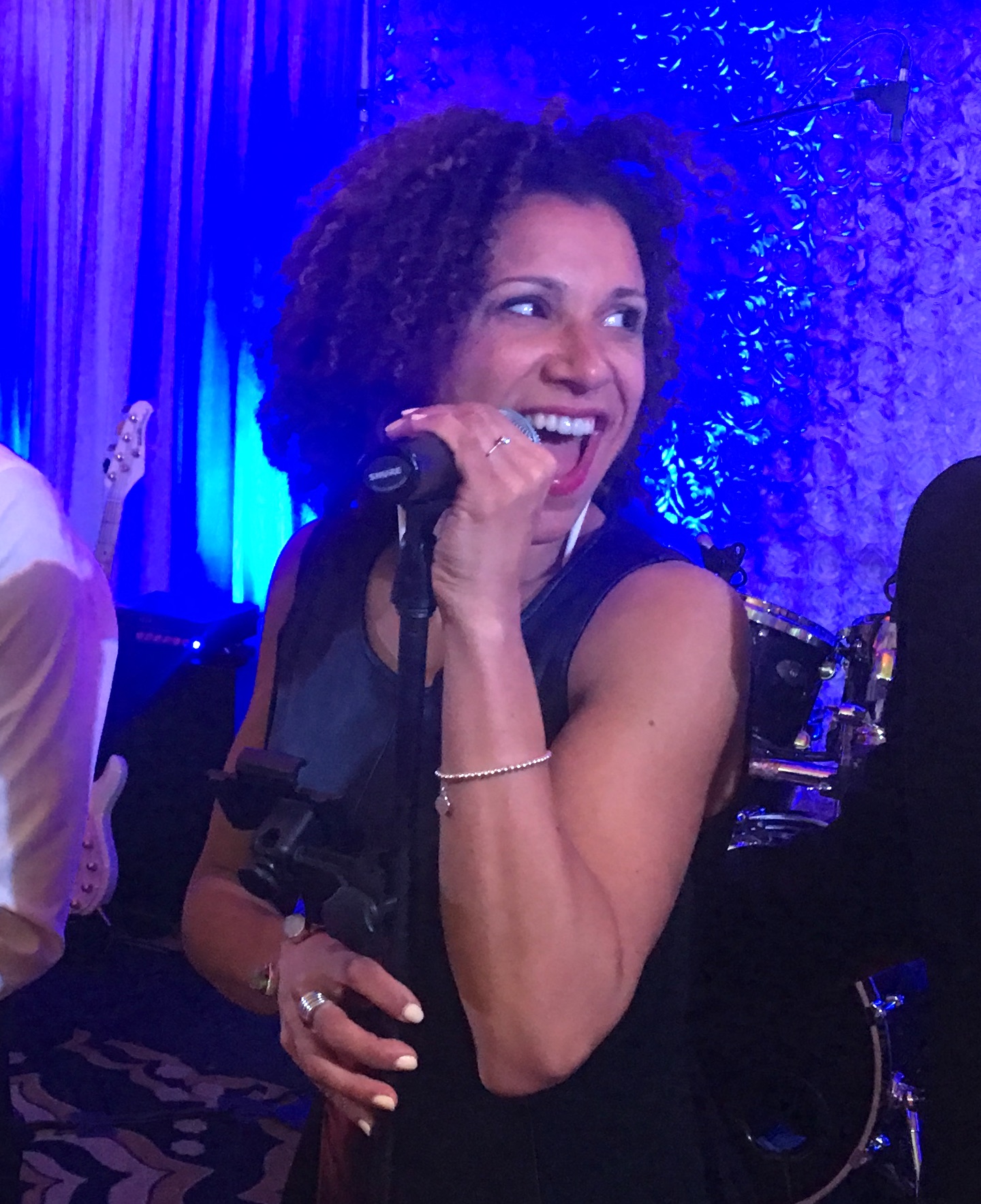 Larisa Stahl has been a performer since she was a child. After excelling in school and local productions, she received the Maryland Distinguished Scholar Award in the Theatre. She attended the University of Maryland, where she was musical director of the ICCA award-winning a cappella group Faux Paz.
After working with wedding bands in DC, she moved to NYC to pursue a career writing and performing original music. She has had numerous TV placement credits and multiple singles in dance music. She continues to perform at weddings and events, and moonlights as a backup dancer for a performance artist in Brooklyn. Larisa is also a personal trainer and group fitness instructor in NYC and Hoboken, NJ.
You can follow her on Instagram at @larisalive. 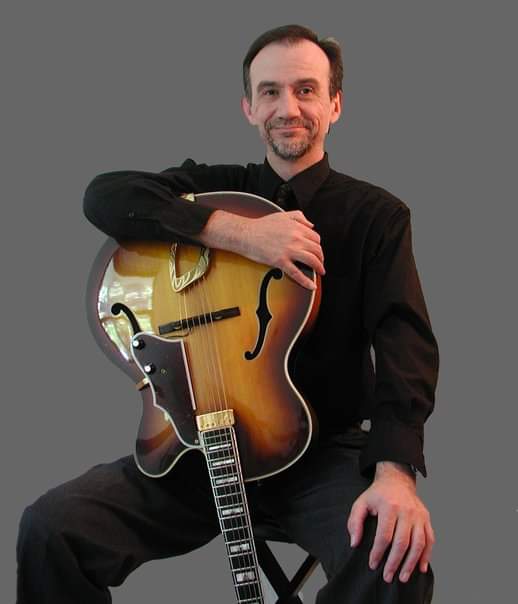 New York-Canadian guitarist, composer, and arranger Mark McCarron has worked with such jazz notables as Ed Bickert and Don Thompson, organist Jack McDuff, and the Mingus Five Guitar Band. He has performed on Canadian Radio and Television and at all of the major Canadian jazz festivals. Mark studied under jazz guitarist John Abercrombie in New York under a Canada Council grant and at the BMI Jazz Composers Workshop. A versatile artist, McCarron is much in demand in a wide range of genres and roles. His jazz quartet, The McCarron Brothers, has released two albums: Way Down in Brooklyn, and No Moon Train, on Deep Tone Records. In addition, he has released three albums of original songs with singer/co-writer Dave Rave: Another Side of Love (2001), In the Blue of My Dreams (2007) – featuring Mark’s arrangements for voice, woodwind quartet, cello, and jazz quartet, and Memphis Midnight. He has also produced albums for a variety of artists. He can currently be heard in the Broadway show Wicked. He has also been a featured performer in the off-Broadway production Summer of ’69, and made recurring appearances as a member of the cast of John Kelly’s Paved Paradise: The Music of Joni Mitchell, and has been a substitute in Broadway shows including Rent, and Hair. 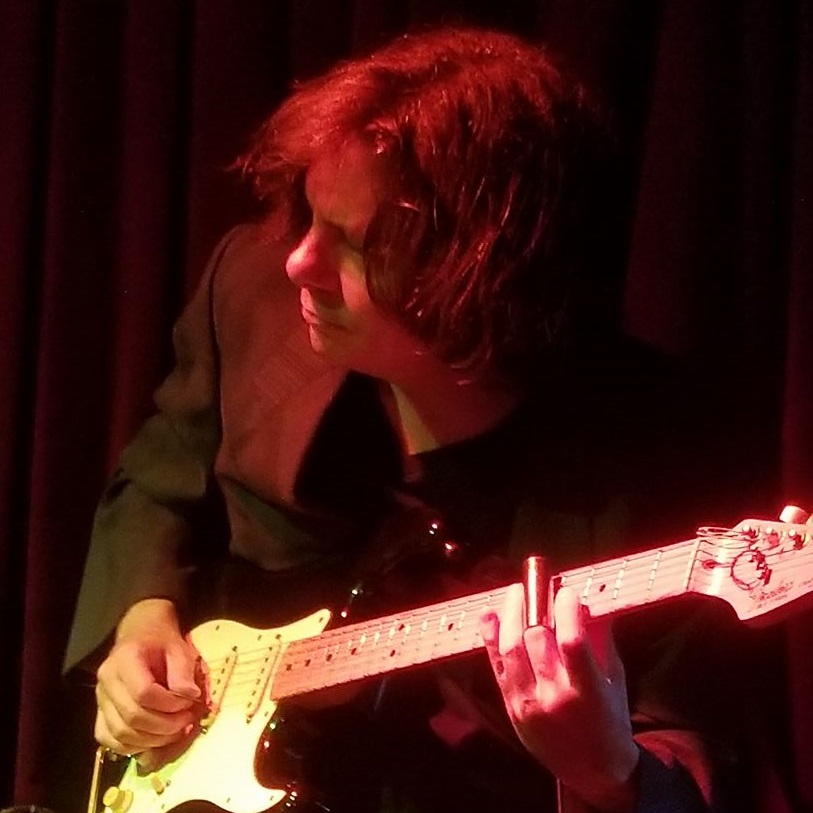 Jeff Young is a guitarist from Fort Worth, Texas. Influenced early on by guitarists such as Eric Clapton, Stevie Ray Vaughan, Wes Montgomery, Charlie Christian, and John Williams, Jeff has developed a sound that encompasses a broad range of styles. He combines right hand classical technique with a left hand jazz approach tempered with a blues sensibility. A graduate of The University of North Texas, he studied with widely recognized professors Jack Petersen and Fred Hamilton and was a member of the prestigious One o’Clock Lab Band. Jeff has had the privilege of performing with artists such as Gary Burton, Gavin DeGraw, Michael Powers, Jon Button (The Who), Keith Carlock (Steely Dan), and Jason Sutter (Cher) to mention a few. A New York City resident for over 20 years Jeff has performed at hundreds of venues across the tri-state area including The 55 Bar, Terra Blues, Session 73, The Bitter End, The Red Lion, Rue B, and Freddys Bar and Backroom.

As a ‘tripler’ (double and electric basses, tuba) George Rush has covered a lot of ground on the New York City music scene. From Balkan brass bands to Brazilian Forro, from Lincoln Center to Broadway, his career has been eclectic, to say the least. He has toured nationally and internationally, backed pop luminaries and legends, played on Grammy winning albums, worked in theater both on and off Broadway, and played more than a few weddings. He may also be the first tuba player to back up Bruce Springsteen. Career highlight include performances with pop luminaries such as Fred Schneider (B-52s), Debbie Harry (Blondie), Lloyd Cole, David Johansen (New York Dolls), Ben E King (‘Stand by Me’) Hubert Sumlin (Howlin’ Wolf). George has worked extensively both on and off Broadway, both recording and performing music for theater productions. This has included work on shows such as ‘Hedwig and the Angry Inch’, ‘The Full Monty’, ‘The Color Purple’ and ‘Chicago.’ Recorded work for theater includes soundtracks for the Public Theater/Shakespeare in the Park productions of ‘Twelfth Night’ (Hem), ‘Comedy of Errors’ and ‘As You Like It’. He was also the bassist for the Broadway adaptation of the film ‘Amelie. 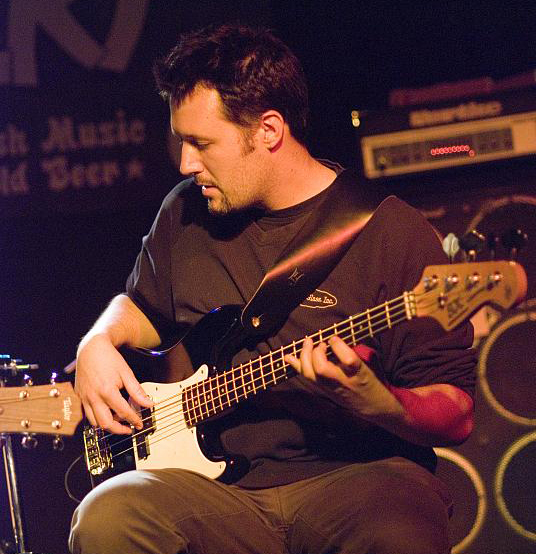 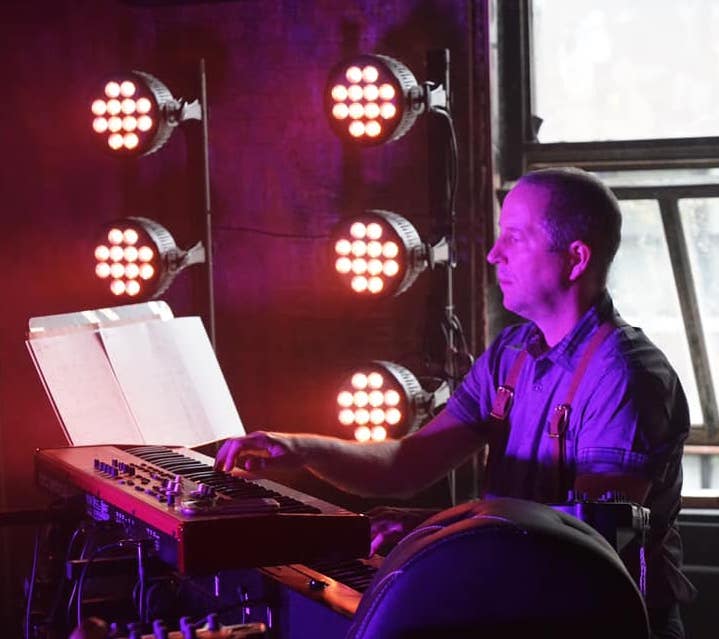 Over the years, he has had the pleasure of working with Raven O, Joey Arias, Ron Grant, Roz Brown, Taylor Mac, Moby, Inyang Bassey, Silya Nymoen, Cole Escola, Alan Cumming, Michael Kilgore, Niegel Smith, and many others. He leads his own jazz trio, and has worked in big bands (The Tommy Dorsey Orchestra led by Buddy Morrow) and rock bands and gospel choirs as well. He’s played in hotels (The Park Hyatt Tokyo’s New York Bar, The Standard Hotel’s Boom Boom Room), on cruise ships and river boats (The Carnival Victory, The Mississippi Queen, The Queen of the West), He played at a Swedish Royal Wedding! He also plays guitar, bass guitar, ukulele, banjo, accordion, B3 organ, tenor guitar, recorder, and mandolin, and he sings. 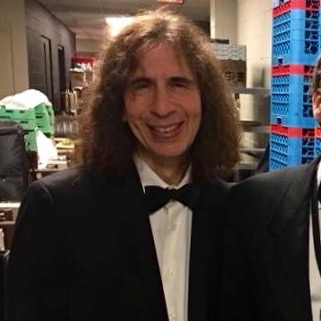 Stuart Waters is an accomplished pianist and vocalist, classically trained in piano at the Juilliard Prep School. Stuart started performing professionally at age 13 when he became involved in jazz and blues. At age 15, he was featured as a rising star on WQXR Radio's “Young America Plays”.

Tokyo-native Arei Sekiguchi took up drums after early studies in classical piano and marimba. His first exposure to international performance came through tours of the U.S. and Europe with Up With People at the age of 18. Later he moved to NYC to further study music. He received a BFA from the New School University under the guidance of jazz Legends such as Bobby Sanabria, Chico Hamilton, Reggie Workman, and Charles Tolliver. He has also studied privately with some of the most sought after drummers in the world: Michael Carvin, Jorge Alabe and Antonio Sanchez. He has performed at various festivals and venues all over the United States including River to the River Festival (NYC), New York Anime Festival, Whitney Museum, and the National Gallery of Art and Kennedy Center in Washington DC. Arei has recorded for labels such as Sony Japan, and Clean Feed(Portugal). Besides performing and touring, he actively teaches in Schools as well as privately throughout New York City. He has also been a regular accompanist for the Afro-Brazilian Dance Class (led by Quenia Ribeiro) at Alvin Ailey for the last five years. You can read more about him at whosdatjapanesekid.com 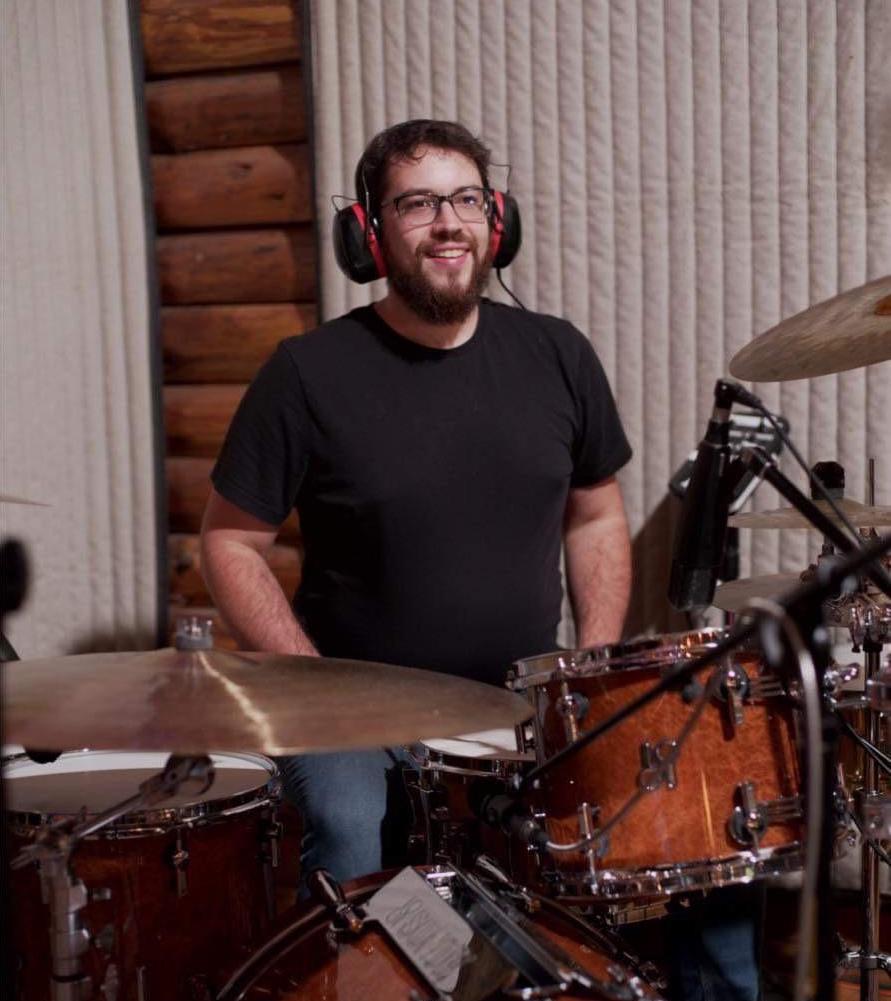 Alex Giosa is a freelance drummer/percussionist with over twenty years of experience on his instrument. Fluent in many styles and on a wide variety of percussion instruments, Alex began studying percussion at age six. He continued his studies through high school, where he played in several ensembles, formed his own musical group, and also played in the orchestra pit for his town's summer theater. After attending Western Connecticut State University where he studied orchestral percussion, Alex changed his focus to drumset and began playing everything from rock and pop, to jazz and Afro-Cuban music. Eventually, he found a home working in the professional theater scene from New York to Massachusetts. In addition to holding chairs in several regional theaters, he has performed at the Kennedy Center in Washington D.C. and is currently a sub drummer on Broadway's Hamilton: An American Musical. He also continues to study, teach, and is beyond grateful for every musical opportunity that comes his way!!